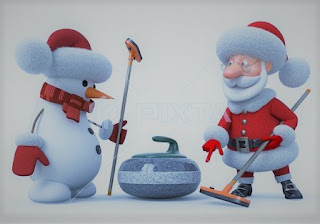 Merry Christmas and a Happy New Year to you and your families......
Good Health and Good Curling in 2018.
Posted by Match Secretary at 00:25

This round of matches concludes the Winter League. The final standings are here.

PS. There was so nearly an 8-ender in this round of games !!
Posted by Match Secretary at 16:30

9 members spent an enjoyable afternoon playing the points. And for the first time in recent memory all 10 disciplines were attempted.

Scoring 32 points Ali Macrae lifted the Claret Jug for the second year running. Peter Knoll was runner up with 31 points.

The score sheet can be found here.

PS. Did you see 'Flog It!' on 20 November ? A Claret Jug identical to ours was featured. It was bought at a car boot sale in Ulster for £3 and then sold at auction. The experts summary concurred with our own research. (It was designed by Dr Christopher Dresser, a modernist before his time, between 1880 & 1885 for Hukin & Heath). Unmarked and because there is no silver it was valued between £200-400. 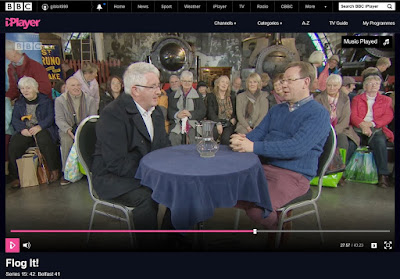 Thanks to Moira Morrison for bringing this to my attention.
Posted by Match Secretary at 08:54