After a 2 year hiatus due to the Pandemic the Points was played this afternoon on swingy ice. 11 members participated allowing time for 9 of the 10 points of the game to be attempted. 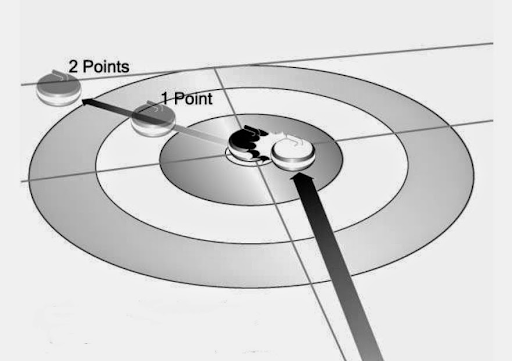 The scoresheet is here.

Posted by Match Secretary at 19:37 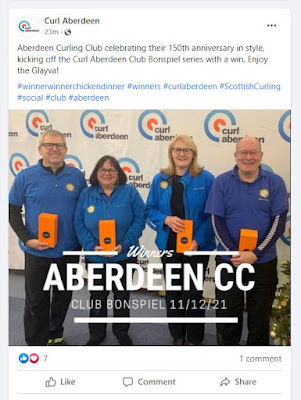 Stepping on to the ice last night there could be no mistaking that this season is a special one for Aberdeen Curling Club.

Curl Aberdeen’s Manager, Tom Brewster, was approached a few weeks ago to see whether we could include our 150th Anniversary motif somewhere on the ice and what we saw for the first time last night far exceeded our expectations.

Our celebratory logo, which you’ll see again throughout the season, has been frozen in behind all six home-end hacks and if that doesn’t inspire you to visit the rink regularly (by signing up the various knock-out competitions) I don’t know what will!

Keep safe and see you on the ice!

It seem like the summer break has lasted much longer this year but, as the nights start to draw in again, will find me curled up in a chair by the fireside, Of Course Not! Not when there are stones to be played and ice to sweep.
As we adjust to the new 'normal' there is one thing I'm sure we're all happy to see has endured through this and many other challenging times - the club
2021 marks Aberdeen Curling Club's 150th Anniversary and it's something we should celebrate. The Committee and I do have a couple of plans which we're working on and which will be announced shortly but, to whet your appetite, I strongly suggest you keep an eye out for the Centenary Trophy Bonspiel sign up.
I look forward to seeing you all on the ice again soon but, in the meantime, stay safe, curl well and let's give the club the birthday it deserves!
James Florance
President
Posted by Match Secretary at 09:11

There will be no more posts until September when all being well Season 2021/22 information will be uploaded. The club can still be contacted by email.

Curl Aberdeen plans to re-open for curling on Sunday 28 September 2021. 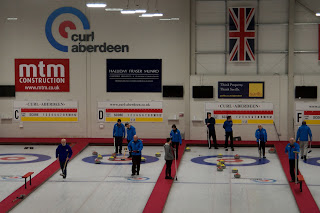 Email us at aberdeencurlingclub@hotmail.co.uk to make a membership enquiry or for more information. A warm welcome awaits.

Posted by Match Secretary at 10:00

Grants totalling £1,753,000 have been made so far from the Ice Rink Support Fund with discussions ongoing with other potential recipients. The 12 ice rinks to benefit are:

Full articles can be read by clicking below.

Posted by Match Secretary at 16:26

Here's a Youtube clip of a curling robot, courtesy of Ali M.
The full article can be found by clicking on the link below.
https://www.scientificamerican.com/video/watch-a-robot-ai-beat-world-class-curling-competitors/
Posted by Match Secretary at 11:27

I can now confirm that due to the lockdown continuing we will not curl again this season. Our Winter League competition was unfinished and is therefore null and void.

More information will follow regarding our club AGM and next season in due course. Meantime enjoy the spring and summer and see you on the ice in September, all being well.

Please try to attend the Curl Aberdeen Zoom AGM on 13 May.

Posted by Match Secretary at 15:00