Footage from the BBC archive of the last Grand Match, held 38 years ago this week, has appeared on the news website showing thousands of curlers on the Lake of Menteith. 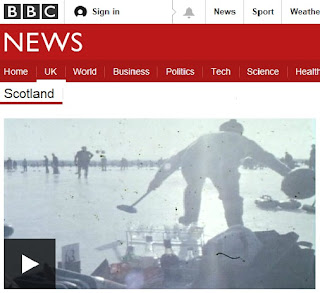 The Royal Caledonian Curling Club records show the North were victorious over the South 3937 shots to 3144.

A longer film can be found in the Scotland On Screen web archive.

As ever Aberdeen CC have two rinks entered into the Grand Match should Jack Frost oblige.

Hope you enjoy the films !!

Posted by Match Secretary at 17:31