Curling in Aberdeen is back and it's better than ever

When it was first announced three years ago that Aberdeen, Scotland would be hosting the World Junior Curling Championshps 2018, Curl Aberdeen members jumped at the chance to host fans from around the world at their rink. 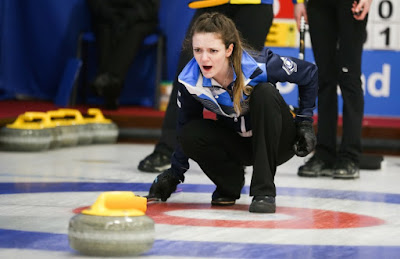 Aberdeen's Rebecca Morrison (Scotland women's skip) © WCF / Emile Gareev
Built in 2005, Curl Aberdeen is truly a state-of-the-art facility. It has nearly 800 active members, 6 lanes of perfectively kept ice and the capability to host hundreds of fans. It's a rink that anybody would be proud to show off.

But, for Curl Aberdeen members, it goes beyond just wanting to showcase their home. For them, hosting the World Juniors is seen as an opportunity to tell the story of how curling has risen from the brink of extinction in Aberdeen.

In 2003, the Aberdeen curlers were notified by their landlords, British Petroleum, that they would not be able to renew their property rental contract with the company. The curling rink was going to be replaced by a new BP facility. It was a devastating blow for every curling player in the area, but BP decided to offer the club a grace period of two rent-free seasons to finish their tenure.

George Esson - the first chairman of Curl Aberdeen - was among those who knew they had to take advantage of the last two years of ice they were given and do everything they could to save curling in Aberdeen.

"We knew we had two years to find a new home, and the only option that came to us was to build one. We were upset at the time, but in fact they did us a favour, because they forced us to go and look and build our own rink," Esson said.

The group, spearheaded by George Stevenson, worked non-stop to come up with enough donations to make the new facility a distinct possibility. Contributions from BP and the national lottery, along with an agreement for a cheap land purchase from the city of Aberdeen, got them within striking distance of their target figure, but they were still short roughly £600,000. With no other choice, they turned to the Aberdeen curling community to raise the rest of the money.

"If they wanted to make it happen they were going to have to do it themselves," Esson said. "They started raising funds with events such as dinner dances and auctions. We also asked each member to make a significant donation. When we were still £100,000 short, a member named Sandy Anderson gave us an interest-free loan to cover the rest." 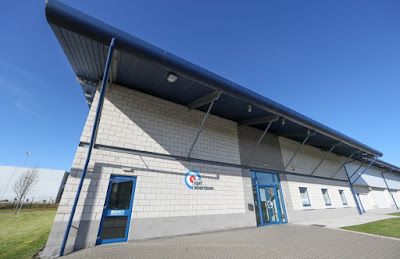 Thanks to the sizeable loan from Sandy Anderson, Curl Aberdeen was to be constructed the way Stevenson and Esson intended - for curlers, by curlers. While most rinks have to share ice with skaters in order to afford the ice, the extra £100,000 ensured that a blade would never touch the ice at Curl Aberdeen.

The construction was quickly completed and Curl Aberdeen opened on 1 January 2005 - one day after the contract with BP expired.

"If we'd had to go two winters without curling, we'd have lost members, but we were able to move from one to the other. That really helped keep the community interested in curling," Esson said.

One of the community members Esson is referring to is Rebecca Morrison - current skip of Scotland's junior women's team - who competed at the World Juniors. She says she owes her curling career to Curl Aberdeen, starting here when she was just eight.

Morrison believes that hosting the World Junior Curling Championships is a great opportunity to keep growing the game in Aberdeen.

"We had a little boy come up to us and ask for our autographs after a game," Morrison said. "He told us he has never played curling before, but he's going to start now. It's just crazy that we're the ones that are helping to grow the sport and people are looking up to us."

Coming from such a humble beginning, Curl Aberdeen was never meant to host a world event. Esson says that the tournament has exceeded any expectations he ever had when imagining the facility back in 2003.

"This wasn't built with staging a world event in mind. It was built by local curlers, for local curling. But having people here from around the world, what a great opportunity for them to see what we've done here."

Now, with packed stands full of international and local fans alike, there's a certain energy within the walls of Curl Aberdeen.

It's the buzz of Germans cheering; of Canadians singing songs; of Swiss cowbells and scores of school children chanting 'let's go Scotland.' It's the hushed tones as volunteers discuss a game, and the frantic yells of skips commanding sweepers. It's an energy that penetrates the walls of Curl Aberdeen and escapes the city, spilling into the world as it traverses seas and countryside; commanding the world to feel its presence.

Curling in Aberdeen is back and it's better than ever.

PS. in 2004 Aberdeen Curling Club gifted £8000 to the new rink project from the proceeds of the sale of the pond at West Cults.
Posted by Match Secretary at 15:26